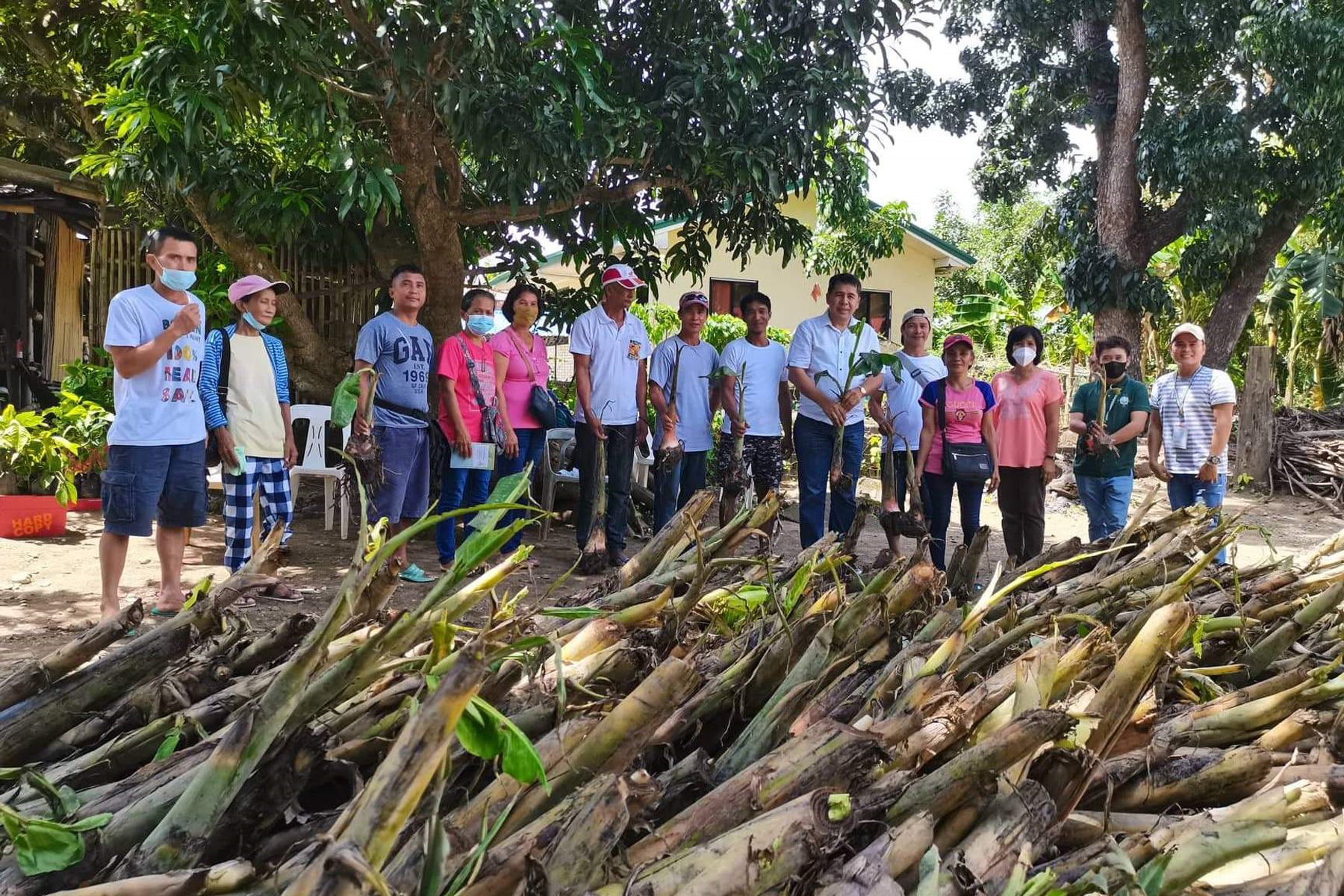 OCCIDENTAL MINDORO, October 18, 2022 - The Department of Agriculture - Special Area for Agricultural Development (DA-SAAD) Program MiMaRoPa awarded Php 499,000.00 worth of banana planting materials to five (5) SAAD farmers associations (FAs) in Calintaan and Sablayan, Occidental Mindoro to boost the production of bananas in their communities.

The associations are engaged in rice production for livelihood, planting bananas on the borders of their lands to maximize their areas. According to Mr. Edgar Espiritu, chairperson of El MCGA, members of their association plant banana trees mainly for personal consumption.

On the other hand, the 30 all-women farmers of Rural Improvement Club (RIC) Akasyahan were awarded 700 pcs. of banana planting materials. For members of RIC Akasyahan, banana production serves as an additional livelihood as they can also sell bananas for additional income and a supplementary activity for swine raising.

(Back in the day when feeds were not available, we would finely chop banana foliage and cook it with binlid or small, broken particles of milled rice. Our swine really enjoys eating it.)

According to Calintaan's Municipal Commodity Investment Plan 2021-2023, banana production places second to rice production in the municipality's commodity prioritization in 2021 as they  recorded a decline of production from 4,043.49 metric tons (MT) to 3,278.05 MT in 2020 due to series of calamities, such as typhoon Ursula, Tisoy, Quinta, and Habagat, in the past five (5) years.

Consequently, Sablayan has also listed a decline in banana production from 13,920.613 MT in 2020 to 12,782.57 MT in 2021 according to the Office of the Municipal Agriculturist (OMA) Ecological Profile 2021. The 1,138.049 MT decrease in production is attributed to typhoons that devastated plantations which damaged the crops.

The banana production project under DA-SAAD Program aims to not only provide additional livelihood for its beneficiaries, but to assist in recuperating the damages which led to decrease of banana production in Calintaan and Sablayan. With an average of 36.3 kg of banana per tree, the 7,000 planting materials can be expected to bear 256.2 MT after seven (7) to ten (10) months.

SAAD FAs in the municipalities of Calintaan and Sablayan became part of the program in 2022. In addition to banana planting materials, El MCGA received four heads of cattle, three heads of cattle were turnovered to RIC Akasyahan, and SAMAKI were awarded three heads of cattle in June 2022 under the same project worth Php 426,000.00 which  aims to integrate banana and cattle production.

Municipal Mayor Dante C. Esteban of Calintaan, Ms. Nelia Oreiro, Municipal Agriculturist, and staff from OMA assisted with the turnover of banana planting materials in Calintaan, while OMA - Sablayan staff assisted in the awarding of interventions in their municipality.